← back to
Sunnyside Records
Get fresh music recommendations delivered to your inbox every Friday.
We've updated our Terms of Use. You can review the changes here. 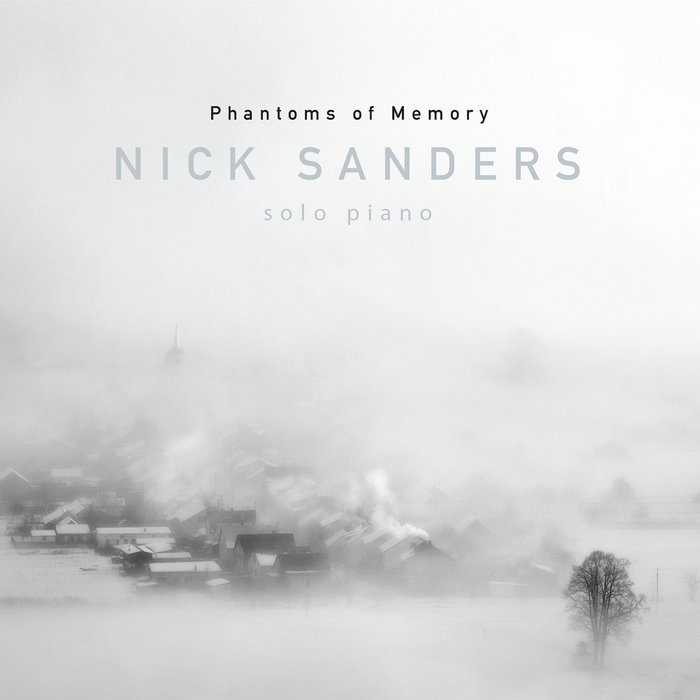 camphabana I love the entire album. If I have to pick a favorite, it's Hallowed Grounds. I like the melody and slow tempo. But picking a favorite is not easy when no two are alike and they're all fantastic to listen to. It could just as easily have been Dancing In An Empty Room! Favorite track: Hallowed Grounds.

Recollections can become hazy over time. The brain finds ways to retell stories, evolving them as they are reshown in the mind’s eye. Pianist and composer Nick Sanders looks back at his own past frequently to inform his musical progress. Though known primarily as a jazz pianist, Sanders began his musical study and career as a classical performer.

When he looks back, Sanders fondly remembers times when classical music was his primary musical focus, though these memories are now seen through a prism of his progress through jazz and improvisatory music. On his new recording, Phantoms of Memory, Sanders prepared a collection of original compositions to be performed on solo piano. The mainly notated compositions hark back to his classical past while propelling his compositional craft further.

Originally from New Orleans, Sanders has been a part of the New York jazz scene for nearly a decade. He has released three records featuring his trio, and a duo recording with saxophonist Logan Strosahl, on Sunnyside Records. These recordings highlight the young pianist’s creative approach to both composing and improvising.

It wasn’t until he was thirteen years old that Sanders was introduced to American jazz music. Up until that time, he had been a student-performer of classical music, practicing some four to five hours a day, and any improvisation that he did was in an effort to sound like classical pieces he was studying. Perhaps though, it was the daily and ever-present influence of his immigrant mother’s native Cuban music that eventually persuaded Sanders to focus on the study and pursuit of jazz. His high school, the New Orleans Center for Creative Arts, welcomed his dual participation in both the classical and jazz programs.

Sanders long considered recording an album of solo piano works. His plans matured around the time of the release of Playtime 2050 (2019), his most recent trio recording. The pianist considered the ways in which he could approach such a project: Playing jazz standards, mostly improvised material, a mixture of both, or something completely new and different…. Sanders knew that he wanted to show his range and versatility and make a highly listenable and accessible recording.

Classical music influences were always near to mind, as Sanders had recently been listening to, and performing works by, Claude Debussy, Frédéric Chopin, Sergei Prokofiev, Robert Schumann, Scott Joplin and J.S. Bach. To challenge himself, the pianist began to write classically inspired pieces, not in the style of any of these great composers but in respect for the repertoire they had provided him.

The pieces that he wrote both in Brooklyn and his recent home, San Diego, were all done in the sequestered conditions of the COVID-19 pandemic. The compositions are of varied moods and approaches, many requiring quite a bit of practice to be able to perform.

The program begins with the quiet, hymn-like “Stained Glass Memory,” which takes its cues from Sanders’ Catholic upbringing and the mysterious but comforting feeling that embraced him during his early years as a congregant. “Wish for Rapture” continues with an austere but melancholy feel, while the technically demanding perpetual motion of “The Spinning Door,” in homage to Phillip Glass, frames the evolving melody over a quick tempo. Sanders revisits one of his favorite original recordings for “Simple Redux,” played here in a changed key and added gravitas. Primarily inspired by Chopin, Sanders wrote “Dancing in an Empty Room,” a tonal, modern waltz.

The dramatic and brooding “Typhon’s Memory” is named for the lethal serpent of Greek mythology, whose power is reflected in its grandiose opening but whose loneliness is mirrored by its stark development. The brief but dynamic “It’s Just Anger” is a fast and intense etude that leads to the intricately woven “Waltz for Future Spectres,” a deceptive waltz that uses hemiola to shift the tempo and Prokofiev’s device of introducing and then weaving two themes together. The recording concludes with the reverent “Hallowed Grounds,” an anthem that has a subtle Americana tinge in its folkloric roots.

On his new album Phantoms of Memory, Nick Sanders has stepped away from the safety of ensemble playing to showcase an original compositional style that blends his influences of classical and jazz music.